US stocks rise after a rough week for markets 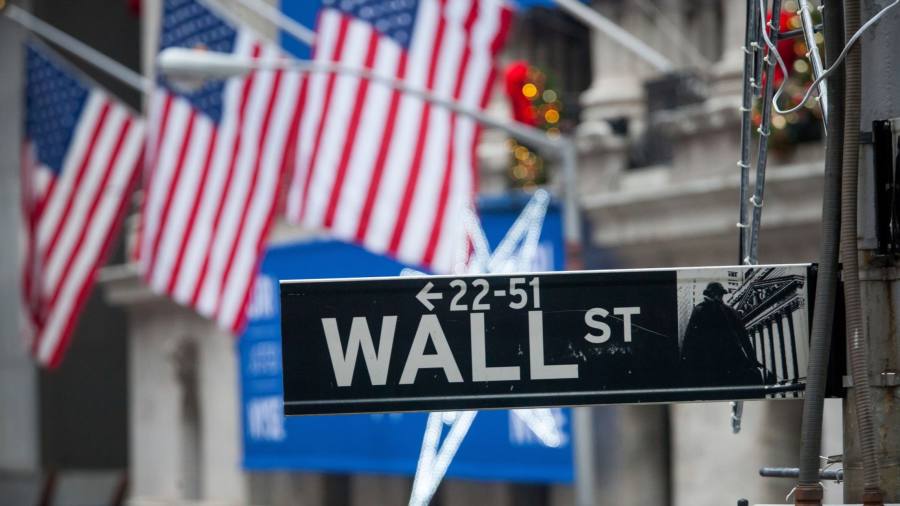 Wall Street’s S&P 500 Index rose 1.9 percent on Friday but lost 0.7 percent in a week that spanned four trading sessions due to Monday’s public holiday. The technology-heavy Nasdaq Composite rose 2.7 percent on Friday for a gain of 0.6 percent for the week.

Economic data released this week showed that retail sales and wholesale prices fell more than expected in December, with the former raising concerns about the health of the US consumer, but the latter indicating a slowdown in price growth.

Meanwhile, a four-month low in weekly jobless claims suggested the US job market remains strong despite efforts by the Federal Reserve to increase borrowing costs. However, several high-profile companies, including Microsoft and Google parent Alphabet, announced this week that they would lay off tens of thousands of workers.

Alphabet shares rose 5.3 percent on Friday after it said it would lay off 12,000 employees, or about 6 percent of its workforce. Better-than-expected subscriber numbers sent Netflix shares up 8.5 percent even as co-founder Reed Hastings announced his departure as chief executive.

Wall Street stocks got a mid-session boost after Fed Governor Christopher Waller backed a quarter-point interest rate hike by the US central bank at his next monetary policy meeting in February, a slowdown from its recent pace.

This came after European Central Bank President Christine Lagarde and Federal Reserve Vice Chair Lael Brainard pledged on Thursday to “stay the course” on interest rate hikes, telling markets that borrowing costs are unlikely to drop anytime soon. Signs of slowing US economic growth further dented investor confidence, dragging down stock markets that have had a relatively strong start to the year.

“Over the past two months or so, stocks and bonds have cheered early signs of disinflation and subdued growth as they reinforced the rate-top narrative,” Barclays analysts said. “But the ‘bad data is good news for stocks’ mantra seems to be over now in the US.”

“By contrast, Europe appears to be in a sweet spot at the moment,” the bank added. “Hopes of disinflation have pushed yields down despite a hawkish ECB, and improving economic sentiment due to falling energy prices and the reopening of China has pushed equities higher.”

Wall Street stocks have fallen out of favor with many big investors. Global fund managers have cut allocations to the US stock market to the lowest level in 17 years, according to a Bank of America survey released this week. After years on the sidelines, European and emerging market stocks are back in style.

Hong Kong’s Hang Seng Index and China’s CSI 300 are up 50% and 20%, respectively, since early November as Beijing reversed strict covid-free policies in place since early 2020. The indices rose 1.8% and 0.6% percent on Friday.

Elsewhere, prices for Brent crude, the international oil benchmark, rose 1.7 percent to $87.63 a barrel, gaining for the second week in a row, as traders expressed optimism that China’s reopening would boost the demand for fuel.

A measure of the dollar’s strength against a basket of six pairs fell 0.1 percent. The currency has declined more than 8 percent in the last three months.