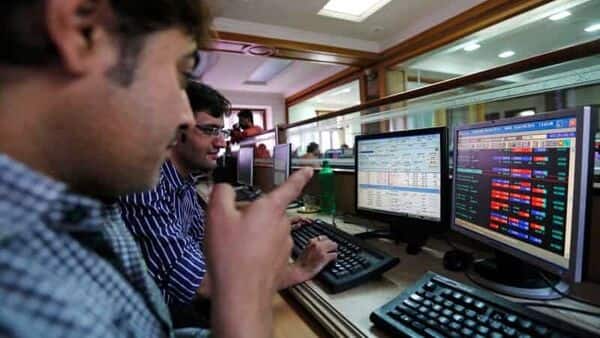 Here is the list of the top 10 stocks that will be in focus today:

HDFC Asset Management: HDFC Asset Management Company (AMC) said on Tuesday that one of the company’s promoters, abrdn Investment Management, will sell its entire 10.2% stake in the mutual fund. As a result of the stake sale, investment firm and developer abrdn Investment Management will cease to be a co-sponsor of the HDFC Mutual Fund, the company said in a BSE filing. Of the total, the UK-based company aims to sell 2,11,18,578 shares, representing 9.9% to a single buyer. The rest will be sold separately, the asset management firm said.

vedanta: He further said that the government and central bank would also consider relaxing the five-year lock-up period for shares if a non-bank financial company merges with IDBI Bank. The oil-to-metals conglomerate will offer “nominal, unsecured, callable, non-cumulative and non-convertible notes” in one or more tranches, the company told stock exchanges.

PTC India: PTC India’s board of directors has again been rocked by a series of resignations, with BSE chairman SS Mundra the latest to resign from the state-owned power trading company’s board of directors, two people with knowledge of the news said. events. Former Finance Ministry Secretary Sushma Nath was the first to resign in the last week of November. Former chief income tax chief commissioner, Mumbai, Devendra Swaroop Saksena and Jayant Purushottam Gokhale, founder of Gokhale & Sathe, resigned from the board this month.

Bikaji Foods International: The ethnic snacks company has reported a 43.5% YoY growth in consolidated profit after taxes from $40.92 crores. The increase in profit is led by operating performance. Revenues for the quarter grew 32% to $Rs 577 crore compared to the prior year period as it has witnessed good double-digit growth across all categories year-on-year. The EBITDA margin increased from 10.4% to 11.1% in the same period.

IDBI Bank: According to a government clarification on Tuesday, the central government will allow a consortium of foreign funds and investment companies to own more than 51% in the state-owned IDBI Bank Ltd. Current Reserve Bank of India (RBI) rules restrict foreign ownership in new private banks. He further said that the government and central bank would also consider relaxing the five-year lock-up period for shares if a non-bank financial company merges with IDBI Bank.

siemens india: The engineering company Siemens has become the lowest bidder for a project for the manufacture of 1,200 electric locomotives of 9000 HP (horsepower) for a value of more than $20,000 crores at Dahod in Gujarat. Indian Railways submitted the tender for the manufacture and maintenance of 9,000 HP electric locomotives at Dahod in April this year. The cost of the project was estimated at about $20,000 crores.

HPCL: The Indian state-owned Hindustan Petroleum Corp. issued an immediate tender for the import of 40,000 tons of RON 91 non-oxygenated gasoline for delivery from December 11 to 25. The bidding closes on Tuesday, market sources were quoted as saying by the Reuters news agency. The refinery had previously sought between 40,000 and 55,000 tons of non-oxygenated gasoline to deliver between December 20 and 30 through another tender that closed on December 1.

vodafone idea: Vodafone Idea has started talks with American Tower Corp to extend the senior issue of optionally convertible debentures to the tower provider after Vodafone Idea’s shareholder approval for the issue expired. The issuance was contingent on the government’s conversion of interest from the deferral of adjusted gross revenues and spectrum fees from $Rs 16,000 crore owed by the company in equity shares, which has not occurred, the No. 2 carrier told exchanges on Tuesday.

tv dish: Direct-to-home operator Dish TV announced on Tuesday the appointment of three new independent directors to the company’s board, the first major appointment after the departure of its promoter-backed former chairman, Jawahar Lal Goel. In addition, the company also announced the resignation of Rajeev Kumar Dalmia, its chief executive, from the board effective close of business hours on Tuesday, Dish TV said in a regulatory filing.

Hinduja: Hinduja Tech, part of the diversified business conglomerate Hinduja Group, has acquired Drive System Design for an “undisclosed sum” to expand its eMobility services from development to production, the company said on Tuesday. Drive System Design is an engineering consultancy known for developing innovative solutions for electrified drive systems. Drive System Design currently provides advanced engineering to the automotive, commercial vehicle, off-road and aviation industries in the UK, US and Asia.