S&P 500 is headed for another dismal year, experts say 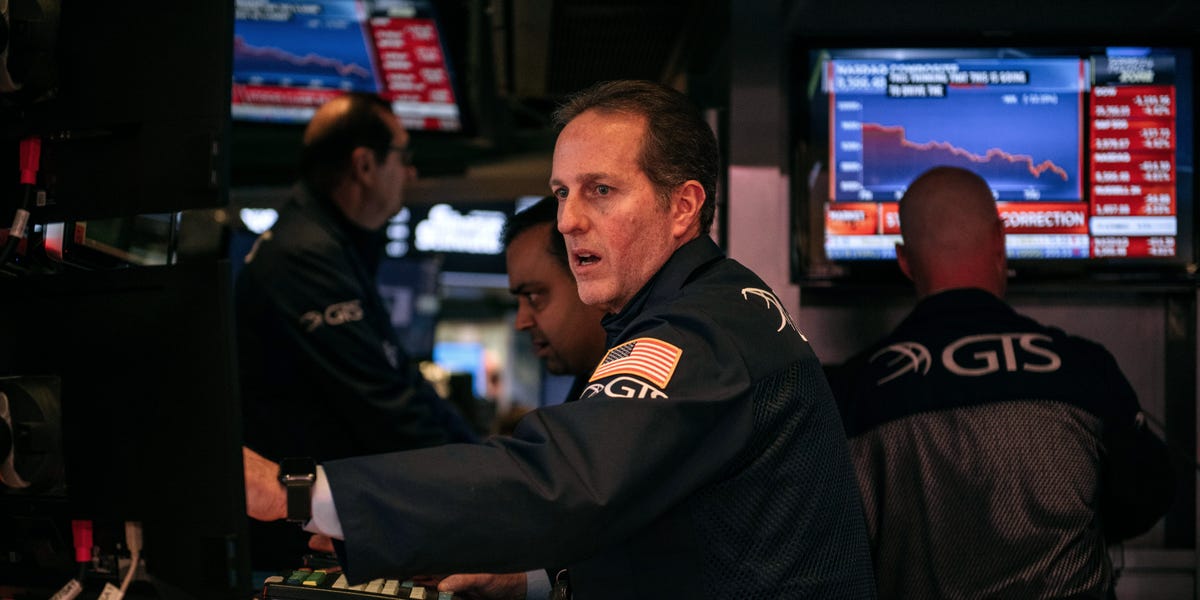 The S&P 500 could be headed for another dismal year, Wall Street analysts and bankers say, warning that the benchmark stock index is still not a sure bet for investors amid a myriad of macro and market headwinds.

The S&P 500 fell 20% in 2022 amid rising inflation and aggressive interest rate hikes by the Federal Reserve.

Those are the worst losses investors have seen since the 2008 recession, raising fears the market is entering a new era of higher volatility and anemic returns. BlackRock recently warned investors not to trust old playbooks and approaches, and to prepare portfolios for a paradigm shift.

Analysts have pointed to four big reasons why the S&P 500 is likely to underperform this year.

1. An earnings recession will wreak havoc on stocks

S&P 500 companies will report weak earnings this year, and the market is still reeling from the shock of the Fed’s 2022 rate hikes and cooling inflation is poised to cut earnings. Central bankers raised interest rates a whopping 425 basis points last year and signaled they will start to wind down their tightening efforts in 2023. But stocks have already taken a hit, and the full effects of those rate hikes are yet to come. they have felt in the market.

Morgan Stanley’s chief equity strategist, Mike Wilson, estimated that corporate earnings expectations for 2023 were 20% too high among investors, meaning the worst earnings recession since 2008 could hit the market this year. He predicted that the S&P 500 would fall 24% in the first half of the year, in line with estimates from Bank of America and Deutsche Bank.

2. Liquidity is being removed from the market

In addition to rate hikes, the Fed is rapidly reducing the size of its balance sheet by about $95 billion a month, a form of monetary tightening that can help reduce asset inflation by removing liquidity from the market. But that’s a drag for many asset classes, including stocks, particularly growth and technology stocks that have been buoyed by ultra-liquid condition and traders desperately seeking higher yields amid the low-rate environment.

The central bank has already cut $381 billion from its balance sheet since last April, and stocks have tumbled by wiping out most of the gains made during the pandemic period of near-zero interest rates and abundant cash circulating around the world. the market.

Liquidity runoff is the “elephant in the room,” Morgan Stanley said, predicting that continued tightening could send the S&P 500 down another 15% by March. Bank of America has forecast a milder drop of 7%.

Too many investors are focused on the S&P 500, and that will make any bout of volatility even worse as traders move to sell off when trouble arises, according to Savita Subramanian, Bank of America’s chief equity strategist.

“The problem is that everyone is using muscle memory to get back into what they consider to be the safest stock market, which is the S&P 500. The problem is, if everyone is in the S&P 500, and everyone is selling at the same time , the S&P is not really that safe,” Subramanian said in a recent interview with Bloomberg.

He urged investors to move away from crowded areas of the market, such as technology, and into energy and small-cap stocks.

Stocks of the S&P 500 are still overvalued despite last year’s sharp selloff, according to market veteran John Hussman, who has warned that the index could have negative returns over the next decade.

Hussman, who rated the burst of the dotcom bubble in 2000, noted that his favorite valuation measure on the S&P 500 was at a similar level to the peak of the dotcom era. That indicator has the best track record of any measure for predicting long-term stock index returns, warned Hussman, who believes the S&P 500 still has more room to fall.

“Look at how little impact the 2022 market crash has had to date on valuations,” he said. “Although recent market losses have removed the most extreme speculative foam, our most reliable valuation measures remain close to the 1929 and 2000 extremes.”