Fed Minutes Hint at Smaller Size of Rate Hikes: What Does It Mean for Gold? 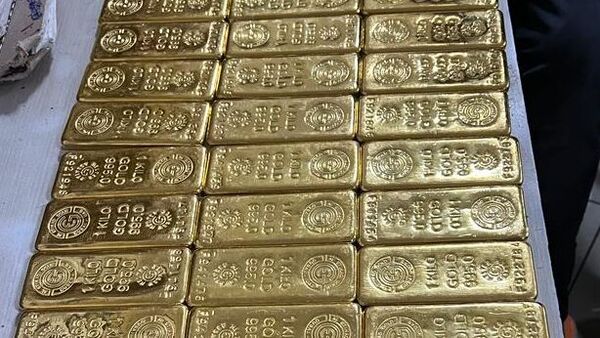 Indian gold prices rallied on Thursday following a rise in international prices after the latest policy minutes from the US Federal Reserve. In the country’s national capital, gold prices had crossed the $53,000 marks, and silver rose to reach above $62,500 levels. In the minutes, it was indicated that the FOMC was looking at slower rate hikes in the future, however it is not clear when that will actually happen. Smaller rate hikes are seen as positive for safe-havens like gold.

According to the FOMC minutes, regarding the effects of monetary policy actions, policymakers agreed that the Committee had taken strong steps to moderate aggregate demand to better align it with aggregate supply.

The minutes stated: “Financial conditions had tightened significantly in response to the Committee’s policy actions, and their effects were clearly evident in the most interest rate-sensitive sectors of the economy, including residential investment and some components of business investment Several participants commented that monetary policy actions and communications have helped keep long-term inflation expectations well anchored, a situation that would help facilitate a return of inflation to the Committee’s 2% long-term target “.

However, with realized inflation well above that target and the labor market still tight, the minutes noted that policymakers agreed “continued increases in the target range for the federal funds rate would be appropriate and help keep inflation expectations well in the long run. anchored.”

FOMC policymakers mentioned a number of considerations that would likely influence the pace of future increases in the target range for the federal funds rate. These included the cumulative tightening of monetary policy to date, mismatches between monetary policy actions and the behavior of economic activity and inflation, and economic and financial developments.

“A substantial majority of participants considered that a slowdown in the rate of increase would likely be appropriate soon. A slower rate in these circumstances would allow the Committee to better assess progress towards its objectives of maximum employment and price stability,” the minutes said. .

What does it mean for gold?

Ravindra Rao, CMT, EPAT VP-Head Commodity Research, Kotak Securities said: “The US dollar fell after the release of the FOMC meeting minutes on Wednesday. As expected, it showed that most policymakers were with sight of slower rate hikes like recent ones The Fed’s hawkish stance is hurting economic growth The US dollar index closed near the daily low of 106.03 in the previous session, down more than 1 %.

Rao added: “Although the minutes signaled the end of giant rate hikes, policymakers weren’t sure when the end point of rate hikes would be. Smaller rate hikes by the Fed are positive.” for risky securities as well as safe assets like gold. as it supports the weakness of the dollar”.

He also said smaller rate hikes by the Fed are positive for precious metals, especially gold, which has seen deep corrections since the Fed began jumbo rate hikes.