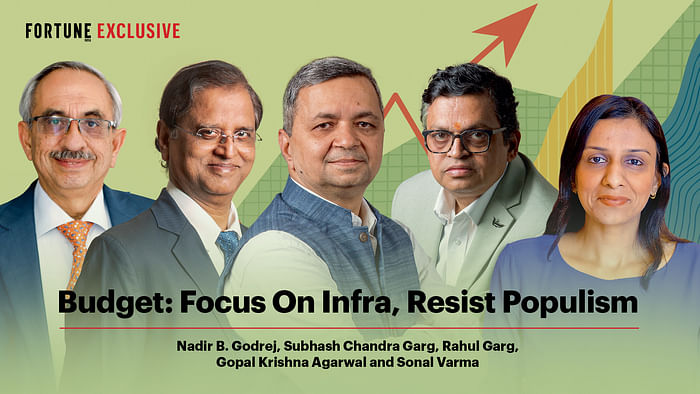 One of the key questions facing policy makers ahead of the budget is how to ensure growth in the economy, especially in the context of global contagion effects in the form of monetary tightening, price increases and their impact on investment. internally, as well as in the economy. exports

A panel of experts at Fortune India’s pre-budget roundtable has said that the government should focus on building infrastructure, but should also not lose sight of creating an ecosystem of innovation for the private sector to evolve into a more important than just becoming a supplier to the government. Industrialist Nadir Godrej believes that a larger budget deficit is tolerable as long as spending promotes growth. Former finance secretary Subhash Garg noted that innovation is the key to putting private sector companies in the next league. Sonal Varma, Managing Director and Chief Economist, India and Asia Ex-Japan, Nomura suggested that infrastructure spending in the economy needs to be initially charged for the fruits of economic growth to be visible.

Rahul Garg, Partner at Price Waterhouse & Co LLP, noted that there is a need to increase the tax-to-GDP ratio, which could be done through new green taxes and the extension of optional presumptive taxes to the service sector, which will lead to higher revenues and better margin for economic growth.

The other participants in the roundtable were, Gopal Krishna Agarwal, National Spokesperson for Economic Affairs, BJP; and Congress Speaker Gourav Vallabh.