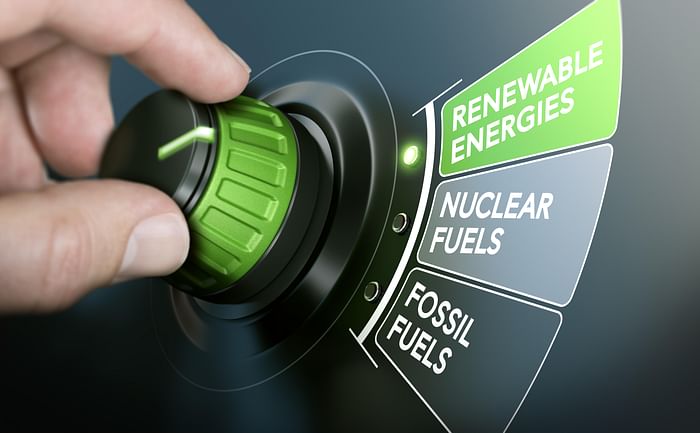 As experts and world leaders began their engagement at COP27 in Sharm el-Sheikh to address the climate crisis in early November 2022, Oxfam International’s report “Carbon Billionaires” came with a startling revelation: rich people are the that contribute the most to global warming. The world already knows that the rich countries are the ones that have contributed the most to push the world into this crisis.

The importance of this report lies in highlighting the key factor that has prevented the 30-year commitment (the United Nations Framework Convention on Climate Change (UNFCCC) was first signed in 1992) from achieving substantial success through multilateral cooperation. That is to say, it is an unequal battle of wealth and power in which the most powerful are asked to assume maximum responsibility.

Here is how the Oxfam report summarizes its findings: “The world’s richest people emit huge and unsustainable amounts of carbon and, unlike ordinary people, 50-70% of their emissions come from their investments. A new analysis of the investments of 125 of the world’s richest billionaires it shows that on average they are emitting 3 million tons a year, more than a million times the average of someone in the bottom 90% of humanity. The study also finds that billionaire investments in polluting industries like fossil fuels and cement are twice the average for the Standard & Poor’s 500 group of companies. Billionaires hold extensive stakes in many of the world’s largest and most powerful corporations, giving them It gives you the power to influence the way these companies act.”

Companies are no different. The same Oxfam report cited studies to say that while companies have made “many high-profile net-zero promises” in recent years, most of them are “a long way from standardization in terms of setting plans climate transition”. Therefore, he proposed a solution that remains largely unchanged for the past 30 years: “Governments must hold them to account, legislate to force companies and investors to reduce carbon emissions, enforce stricter reporting requirements, and impose new taxes on wealth and investments in pollutants. industries.”

That is precisely the point that economist Mariana Mazzucato also made in her article “The Entrepreneurial State Must Lead Climate Change” around the same time. She noted that several members of the Glasgow Financial Alliance on Net Zero (GFANZ), a group of 450 financial institutions, had already resigned “over concerns about the cost of meeting their climate commitments.” By leaving her, she argued, they “have disproved the notion that private financial institutions can lead the transition to a carbon-neutral economy.” So what is needed? More ambitious states to “go beyond market fixing to become market shapers,” she suggested.

In March of this year, a research article noted that the world’s leading banks provided $742 billion in financing the fossil fuel industry (coal, oil and gas, the main cause of man-made greenhouse gas emissions (carbon dioxide, methane, nitrous oxide, hydrochlorofluorocarbons (HCFCs), ozone, etc. ))) in the pandemic year 2021. This was above $185.5 billion in 2020 and also above 2016 and 2017 levels. This was despite most leading banks pledging to reach net zero emissions in its financing by 2050 and despite the fact that the International Energy Agency (IEA) said that new oil and gas fields should not be developed. The dominant banks are the North American ones, including JPMorgan (JPM.N), Wells Fargo (WFC.N), Scotiabank (BNS.TO) and RBC (RY.TO)all of which increased its funding.

The IEA analysis also showed that after a dip in the first pandemic year of 2020, carbon emissions increased by 2 billion tonnes in 2021, the highest level yet, as the global economy recovered. “more than making up for” the previous year induced by the pandemic. decline.

European banks are not far behind. The Berlin-based non-profit think tank Finanzwende wrote in its December 2021 article that “between 2015 and 2020, the 24 largest European banks They have invested nearly a trillion dollars in fossil companies and projects.”

The current energy crisis in Europe and elsewhere sparked by the war between Russia and Ukraine has further shifted the focus towards fossil fuels (as well as nuclear fuel).

How are rich countries doing?

How are countries participating in climate negotiations doing in their fight against climate change?

One way to look at it is your carbon emissions. The World Bank database shows that the global average per capita carbon emissions (or carbon consumption) was 4.5 tCO2 in 2019, up from 3.8 tCO2) in 1992.

But there is a significant change. Developed countries are reducing their carbon footprints, while developing and underdeveloped countries (such as India by a smaller margin and China by a larger margin) are increasing theirs. This is to be expected as the development process involves higher energy consumption and therefore higher carbon emissions. That is why the burden of climate mitigation should fall more on developed countries than developing/poor countries. This would also explain why while the former commits to net zero carbon emissions by 2050, India and China are reluctant. India has set the target at 2070 and China at 2060.

What about methane footprints?

Methane, one of the other greenhouse gases, has not received as much attention as it deserves.

A 2021 United Nations Environment Program (UNEP) document said that “methane has accounted for approximately 30 percent of global warming since pre-industrial times and is proliferating faster than at any time since record keeping began in the 1980s.” It’s more dangerous than carbon emissions too. A November 2021 Stanford University article stated: “While carbon dioxide is more abundant and longer-lived, methane, the main component of natural gas, is much more effective at trapping heat while it lasts. For the first two decades after its release, methane has ended 80 times more powerful than carbon dioxide in terms of warming the climate system.

The main sources of methane are agriculture (41%), followed by the energy (35%), sanitation and waste (20%) sectors, which together contribute 90-95% of global anthropogenic sources. Rice cultivation (flooded rice paddies prevent oxygen from penetrating the soil, creating ideal conditions for methane-emitting bacteria), burning agricultural waste, handling manure and gas from cows and sheep; Oil and gas extraction, pumping, transportation, and mining of coal and landfills, and wastewater treatment are the activities that release methane.

World Bank data shows that total methane emission (CO2 equivalents) is rising steadily, up 27% in 2019, from the 1992 level. The US, India and China have all seen an increase in emissions of methane, while those of the UK and the EU have decreased.

India is so wary of touching agriculture and livestock that it did not sign on to the COP26 (Glasgow) commitment to reduce methane (and also halt deforestation) by 2030. Their long-term low-emission development strategy report for COP27, submitted on November 14, 2022, is silent on methane reduction and agriculture is not on the list of strategic sectors (such as electricity, transportation, urban development, industry, and finance) to achieve net zero for 2070.

This is not to say that the UNFCCC has achieved nothing. Over the years it has adopted mitigation and adaptation measures. COP27 added long-term strategies and commitments to achieve net zero to the short-term ones previously adopted, from 198 participating countries.

At COP15 in 2009 (Copenhagen), developed countries pledged to contribute $100 billion a year to help developing/poor countries adopt green energy. Although this commitment falls short of the target, reaching $83.3 billion in 2020, it is still short by $16.7 billion. Delivering on this commitment through investment in green energy, R&D and technology transfers will help developing/poor countries keep their part of the bargain. But the general world scenario is the peak. For example, in 2020, around $5.9 trillion was spent subsidizing the fossil fuel industry, while the global requirement to reach net zero emissions by 2050 is an investment of around $4 trillion a year in renewable energy. until 2030 (including investments in technology and infrastructure), according to a UN climate action report.

COP27 achieved another milestone when it pledged to establish a “loss and damage fund” – to compensate countries suffering weather-related loss and damage – which had been required for several years. This time, developing countries like India and China, which are big emitters of greenhouse gases, may end up contributing to this fund. But COP27 failed to add fossil fuels (oil and gas) to coal on the phase-out list, as the oil-rich Gulf countries and Russia strongly opposed it.

The climate crisis is getting worse by the day and needs stronger commitments, particularly from the rich and powerful. In May of this year, the UNFCCC warned that “the continued rise in global temperatures will continue” with “an equal chance (50:50) that one of the years between 2022 and 2026 will exceed 1.5°C above pre-industrial levels”, which COP21 (Paris) committed to prevention.

Remember, in October 2022, while warning the world about the coming recession in 2022 and 2023, IMF Director Kristalina Georgieva listed “climate disaster on every continent” as the third major factor, after the pandemic. and the war between Russia and Ukraine.